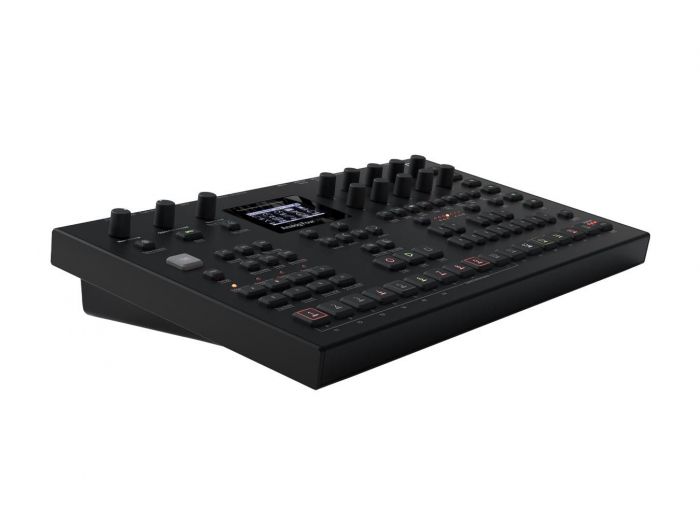 The Analog Four MKII is a four-voice, true analog synthesizer with digital control and effects. Other major features include full MIDI capability, an on-board step sequencer, six arpeggiators, and a performance mode that gives direct access to user-defined parameters. The Analog Four MKII features four separate synth tracks with two analog oscillators and two analog filters each. The filters include a 4-pole, low-pass ladder filter and a 2-pole, multi-mode filter that are designed for intuitively shaping sounds. To add more sonic crunch, the filter section also contains an analog overdrive circuit. The saturation can range from gentle warming to total destruction.

The built-in step sequencer includes four dedicated synth tracks, one FX track, and one CV/Gate track with up to 64 steps per pattern, as well as 6 arpeggiators. Other step-sequencer features include track transpose, swing, slide and accent functions. Overbridge is a software extension that allows for the use of Elektron's analog hardware as a plug-in within a DAW. Design sounds on-screen using an intuitive and dedicated plug-in, use the knobs and keys on the Analog instrument, or do both at the same time. Enjoy precise synchronization and automation. Use the strengths of the Elektron sequencer and the software sequencer to get the best of both worlds.