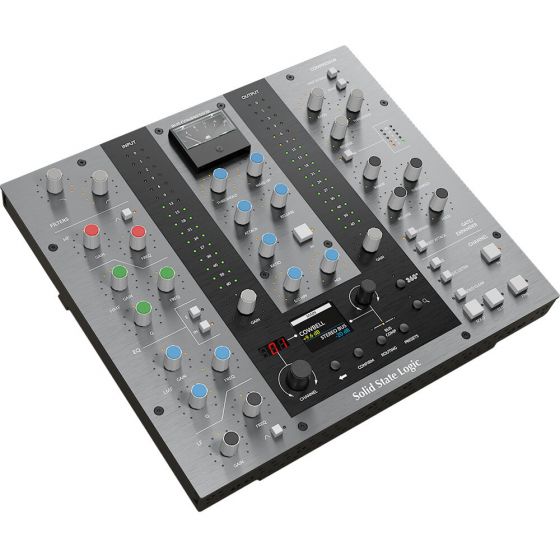 Elevate the sound and speed of your mixes with the Solid State Logic UC1, a console-style hardware control surface providing fast, intuitive, knob-per-function control of the bundled SSL Native Channel Strip 2 and Bus Compressor 2 plug-ins, which boast precise digital modeling, external sidechain triggering, and many other user-requested features. Whether you run it standalone or alongside the UF8 (available separately), the UC1 merges the ergonomic workflow of SSL's legendary analog consoles with the impressive sonic performance of their plug-ins.
Connect the UC1 to your Mac/Windows computer with either of the supplied cables (USB Type-C or USB Type-A) and switch between three connected DAWs such as Pro Tools, Logic Pro, or Ableton Live. With smart LED rings, 16-segment I/O meters, and an authentic moving-coil Bus Compressor meter, the UC1 offers immediate and constant visual feedback. Change routing and load presets at the push of a button, and tap into the SSL 360° software to engage with multiple plug-ins at the same time.